Don’t Bet Against the Future 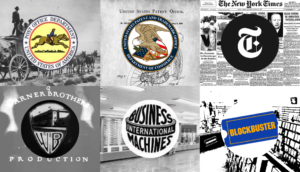 On a micro level, human beings are exceptional at predicting the future but on a macro level, not so much. With a strong degree of accuracy, we can predict and simulate experiences that lay ahead of us each day and week. We know which actions will yield rewards, the decisions that will come with greater risks, and how we will feel at the end of a busy work week. However, when it comes to projecting further into the future by the passing of years, decades, or even centuries, we often fail. Not necessarily because of incompetence or the overwhelming number of variables to consider, but primarily because people are innately stubborn.

One of the biggest mistakes that can be made in business – regardless of whether someone is a part-time employee or the CEO – is to misjudge or even resist the evolution of a product, service, or industry.

Many of the world’s most influential businesspeople and industry leaders failed to fully appreciate the capabilities of their own work while underestimating or misinterpreting the future. There is no better way to point this out than to consider some of the past century’s most prominent examples.

Some of the greatest roadblocks to a company’s success occur not when the decision makers overlook trends, but when trends are disregarded completely. Kodak didn’t fail because it missed the digital age (they actually invented the digital camera in 1975). Kodak failed because they brushed their technology under the rug to avoid cannibalizing their film business.

On the other hand, doubling down on something that doesn’t quite have the demand yet can catapult a business far forward. Domino’s Pizza was almost $1 billion dollars in debt during the early 2000s. Instead of focusing only on growth and more market share, they pivoted and invested heavily in technology. In 2007, Dominos became the first company in the pizza delivery industry to offer mobile ordering. Today, they are the leading pizza restaurant chain in the United States.

As our society continues to course through exponential growth in technology, innovation, living standards, and of course, a pandemic, it’s important to remain prudent and to think through all possible outcomes and scenarios before turning down opportunities or accepting new ones. Leave your ego and stubbornness at the door and make room for more thoughts and opinions. Don’t be too quick to stick with comfortable decisions. History rewards those who were bold – the gamblers that bet on the future and not against it.